END_OF_DOCUMENT_TOKEN_TO_BE_REPLACED

According to archaeologists, the birth of the world’s first computer was much closer to the dawn of democracy than to the digital age.

Below is a link to a story I wrote for Intel Free Press looking at some of what’s known about the Antikythera Mechanism, discovered by sponge divers in 1900. It dates to the around 100 BCE, according to scientists studying it over the centuries.

The story was inspired by my archaeologists wife, and features a quote from her UC Berkeley friend and scientist Leonidas Petrakis, a former director at the Department of Energy’s Brookhaven National Laboratory, who recently wrote an article about the device for National Herald, a weekly publication for Greek-American news and culture.

The World’s First Computer May Be Older Than You Think 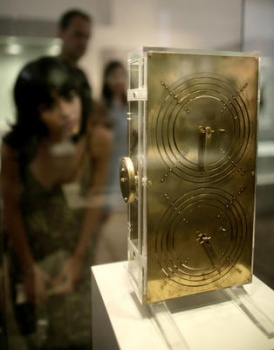