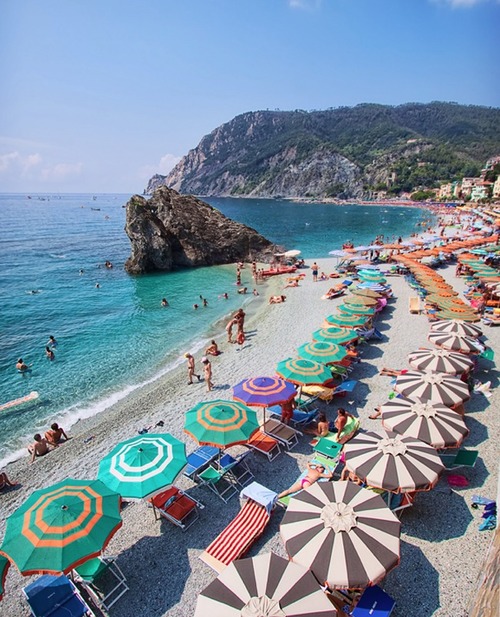 Cinque Terre is a region on the Italian Rivera consisting of five small fishermen’s towns that hug the cliffs along the Ligurian Sea. The area has avoided modern development and as result, has retained its unique Italian culture and natural beauty.
Show original

Here is a collection of Amalfi coast “being there” YouTube video clips and photos in slideshow from Flickr.

For our 10th wedding anniversary, my wife and kids revisited familiar sacred and new places from Rome down to Calabria, Italy.

I created a PearlTree collection of sites that we explored while planning our trip — this mostly looks at Umbria and Amalfi Coat.  We arrived by rented car at the seaside, cliff nestled city of Amalfi.  We stayed at the Amalfi Hotel (here is my Trip Advisor review on Digg), where the we had a killer room with a balcony view out to the Duomo.  Here’s an excerpt on the Duomo from Wikipedia

At the top of a staircase, Saint Andrew’s Cathedral (Duomo) overlooks the Piazza Duomo, the heart of Amalfi. The cathedral dates back to the 11th century; its interior is adorned in the late Baroque style with a nave and two aisles divided by 20 columns.

The gold caisson ceiling has four large paintings by Andrea d’Aste. They depict the flagellation of Saint Andrew, the miracle of Manna, the crucifixion of Saint Andrew and the Saint on the cross. From the left hand nave there is a flight of stairs which leads to the crypt. These stairs were built in 1203 for Cardinal Pietro Capuano, who, on 18 May 1208, brought Saint Andrew’s remains to the cathedral from Constantinople.

The bronze statue of Saint Andrew in the cathedral was sculpted by Michelangelo Naccherino, a pupil of Michelangelo; also present are Pietro Bernini marble sculptures of St. Stephen and St. Lawrence.

In 1206 Saint Andrew‘s relics were brought to Amalfi from Constantinople by the Pietro Capuano following the Sack of Constantinople (an event of the 4th Crusade) after the completion of the town’s cathedral.[4] The cathedral contains a tomb in its crypt that it maintains still holds a portion of the relics of the apostle. A golden reliquary which originally housed his skull and another one used for processions through Amalfi on holy days can also be seen.

Amalfi is easy going and not over luxurious.  It is authentic and picturesque and remarkably squeezed into sky-reaching cliffs yet port-side so you can easily ferry north to Positano, Sorrento and the magical island of Capri.  And if you can, visit nearby Ravello.

The ferry from Amalfi to Capri is not expense or cheap — around $25 per person — but it’s spectacular!  One of the mose memorable views is pulling into spectaluar, colorful Positano.

On the ferry, a cultured tour guide asked if we’d join his group of families and couples on a relaxing, but extensive tour up from the port to Capri then climb up, across the Mamma Mia cliff-haning narrow road to Anacapri.  This was the best decision, as we were traveling under the hot sun with two children.  We did have time afterward to take a cruise around the whole island (highly recommended) but we decided to people watch at the port = good choice!  We got to take in the real beauty and bustle — comings and goings — of the island as young gorgeous women and loving couples strolled by without a care in the world.

Now to the eye candy I capture: