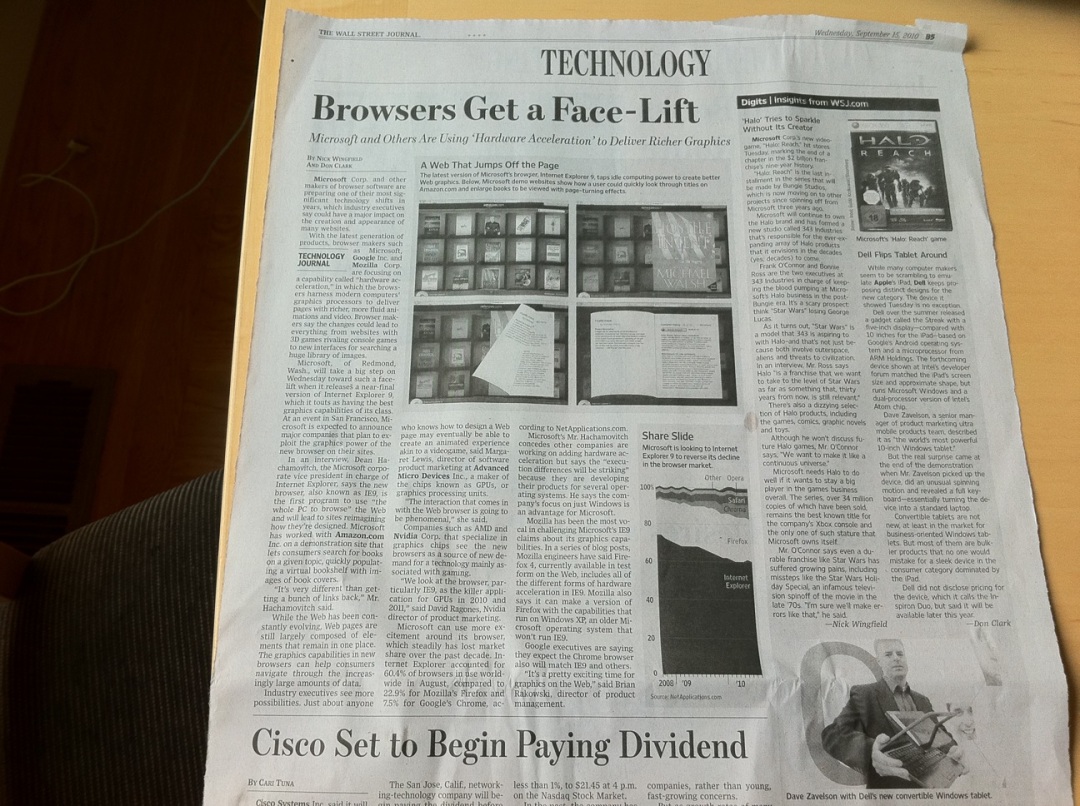 No photo credit, but it was great to be at the right place at the right time to help a reporter in need.  Thanks to Ubergizmo‘s Eliane Foilet for brining me to talk with Don Clark of The Wall Street Journal, inside the pressroom at the Intel Developer Forum.

This story and photo also appeared online: Dell Flips the Tablet Concept Around.

Here is a video interview I shot with Dell’s David Zavelson showing the very cool Dell Inspiron Duo tablet with Intel Atom inside.

What a nice guy, and the Dell tablet was a BIG hit when he brought it out for the first time on stage during a keynote at the Intel Developer Forum.  This might be the design that gets my wife to really consider getting a tablet. 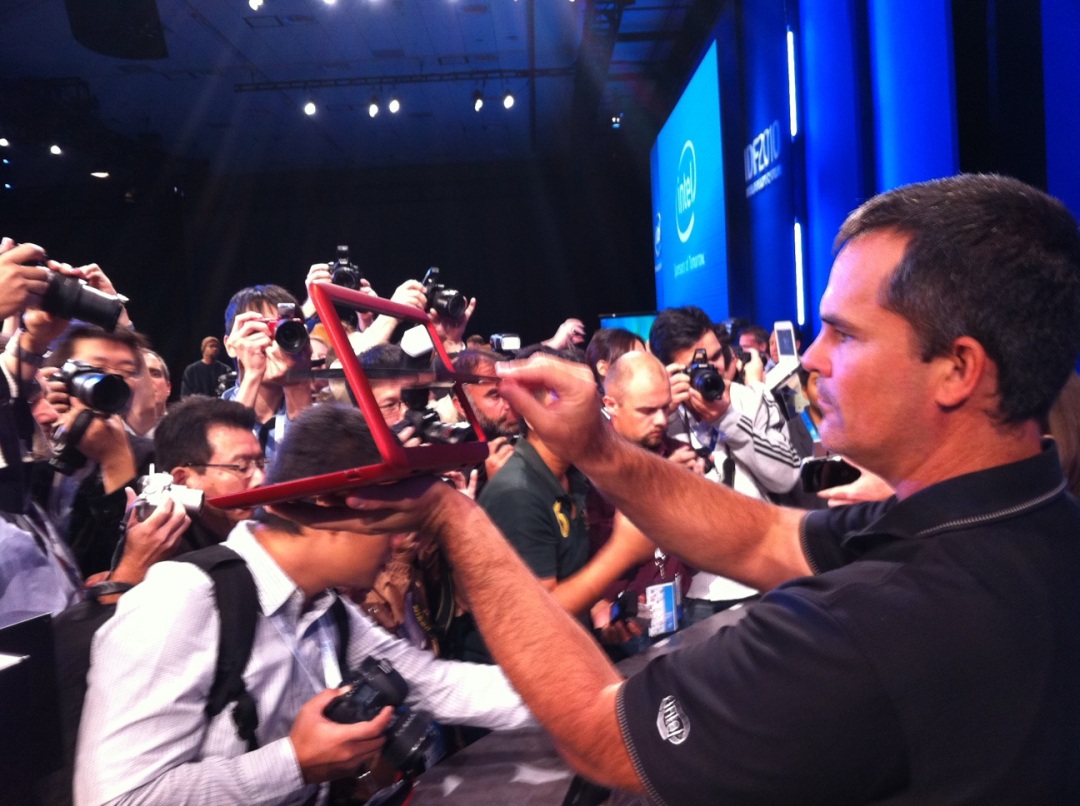 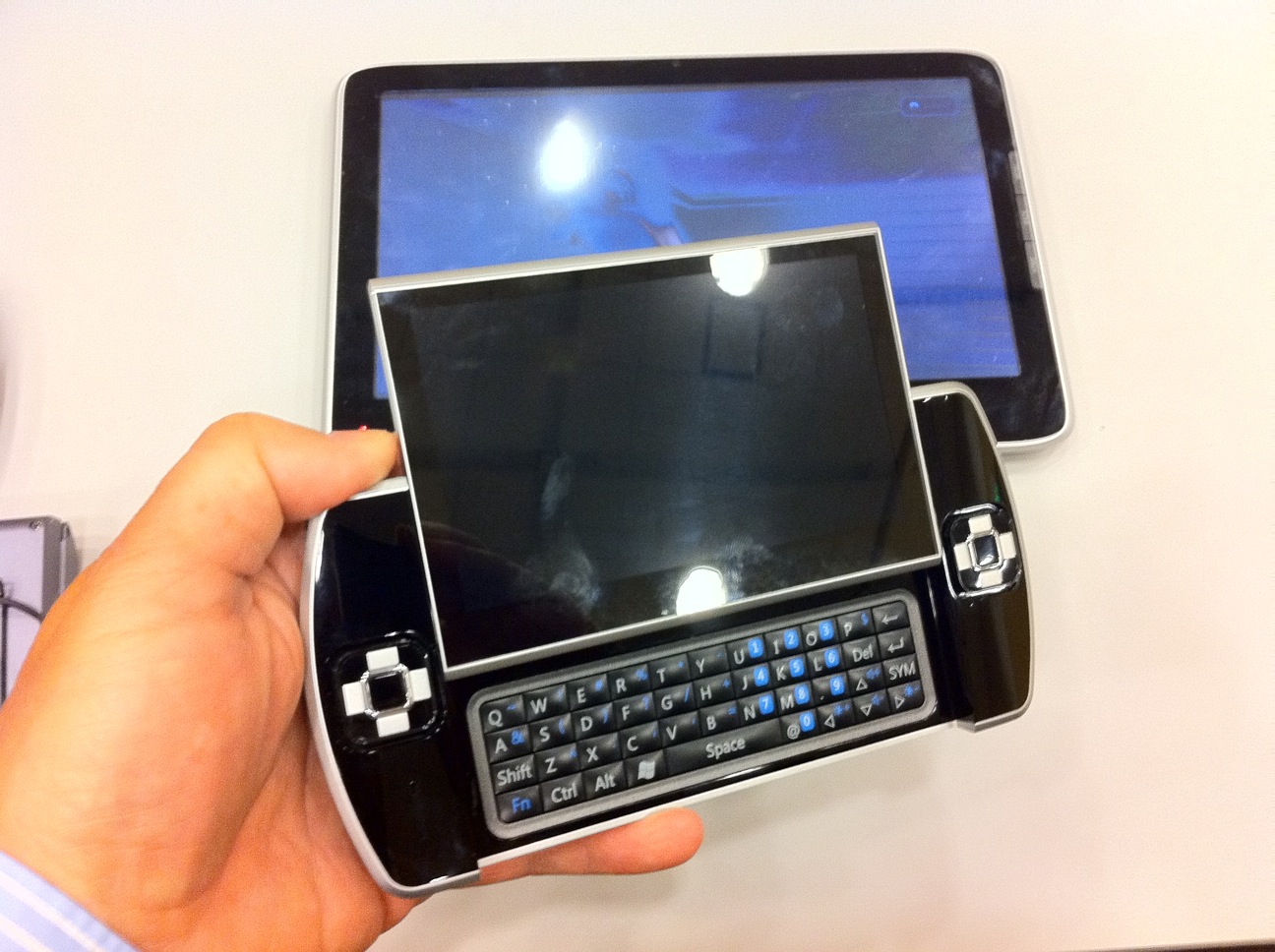 For two years now, I’ve helped my Intel communications team plan for and share what’s happening at Computex.  And every year, my desire to BE THERE in Taipei grows.  It looks like a blast — lots of gadget freaks going gaga over the latest devices and concept designs.

One of the concept designs Intel showed was a 14mm thin netbook with Intel Atom processor inside.  I got to shoot some photos before the concept was shipped to Taipei — shared here.

As I’ve been reading stories and posts from people attending the show, I’ve been collected them on this Pearl Tree:

Here are a few videos, showing the latest technologies Intel was showing at the event, including some of the projects I got to work on over the past few months such as Intel Atom (codenames Moorestown and Canoe Lake) and the new ultra low volt Intel Core processors for super thin latpsops (on Twitter IntelThin).