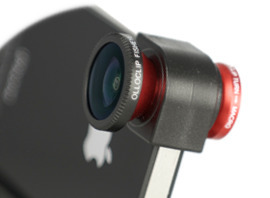 From the official site: “The olloclip is a quick-connect lens solution for the iPhone 4 that includes fisheye, wide-angle and macro lenses in one small, convenient package that easily fits in your pocket. Nestled in the palm of your hand, the olloclip connects to the iPhone within seconds so you’ll be sure to capture the image you want…if you don’t see the picture you’re looking for just flip it over to switch lenses.The Fisheye lens captures approximately a 180 Degree field-of-view and produces some striking images.The Wide-Angle lens is great for when you need that extra field of view, approximately double that of the normal IPhone.The Macro lens applies roughly a 10X multiplier and allows you to focus the iPhone within 12-15mm of the subject. The Macro lens is cleverly concealed within the olloclip and can be accessed by unscrewing the Wide-Angle lens that is normally attached to it.”Thanks to my great friend Stefanos Karagos of Xplain for introducing me to the Olloclip (among many other cool gadgets and apps).
Show original 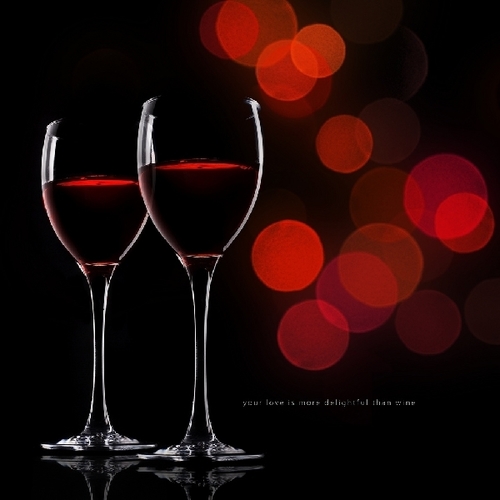 The route the lens executes out-of-focus points of light brings bokeh and quality of the blur gives the image more stunning and glittering show. This is the distinguishing form pg photography called as Bokeh photography and in this …
Show original

Today I found an unboxed Canon PowerShot G9 for $339 at Need4Digital.  So I watched the CNET video review again, recounted my experiences and advice about the camera…then placed my order.

I’ve had a hankering for the Canon G9 and G10 for a while now.  In the past few weeks, I met two talented social media creators and got to try their Cannon G series.

During South by Southwest 2009, new media pioneer Eddie Codel showed me his Panasonic Lumix LX3, the same one he raved about to Rocketboom’s Ellie Rountree at the event.  Some of Eddie’s photos can be seen here.

Eddie’s enthusiasm for the LX3’s ability to shoot in low light is something I’ve been carrying around with me.  I’m just not sure how well the Canon G9 shoots in low light.  I am glad it can capture video, but I’m not too jazzed that you can’t zoom while shooting video.

Well, I’ll put it all to the test in a few days and then I’ll consider some accessories:  better grip, thumb rest, UV filter and possible lens adaptor with telephoto lense.